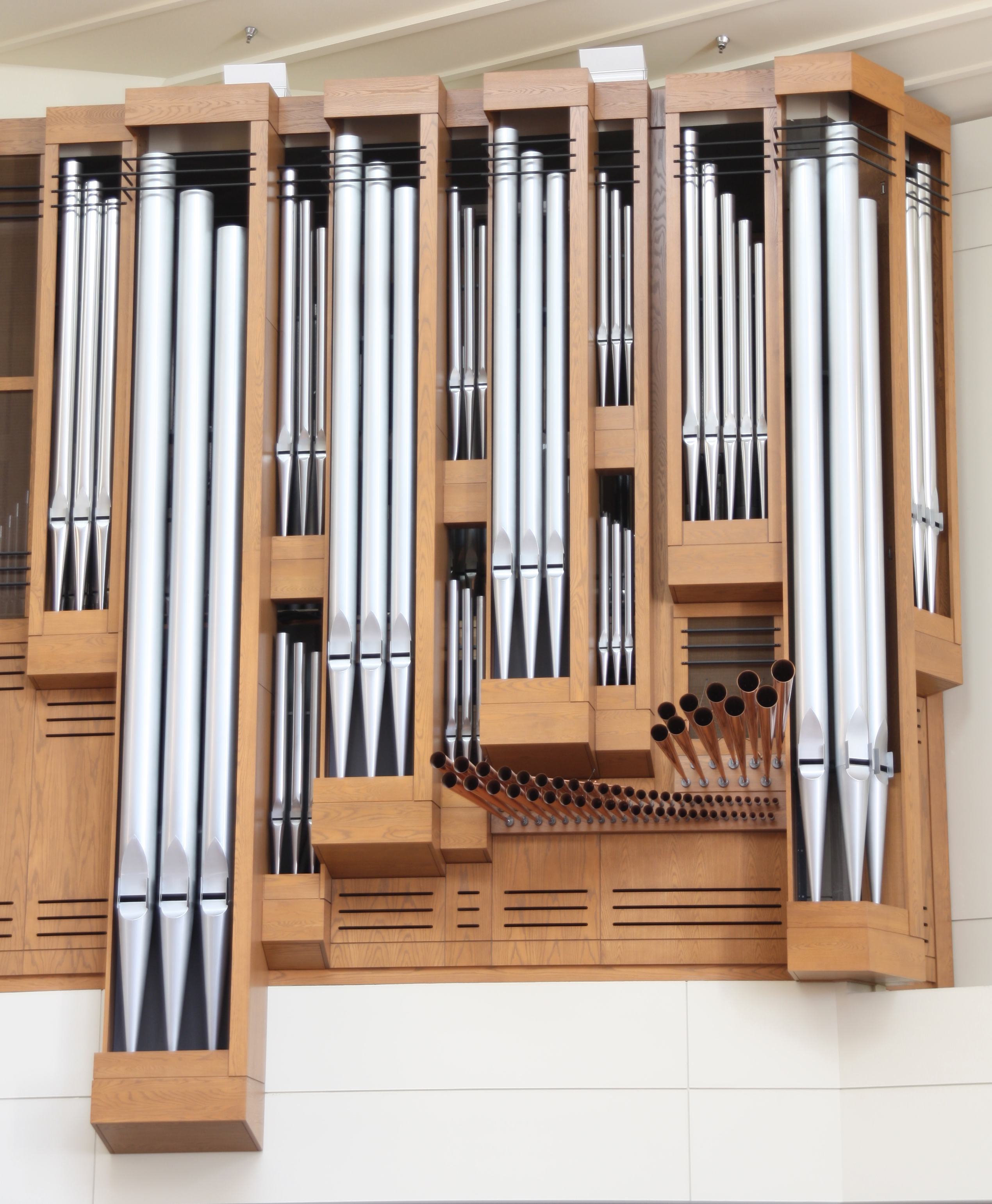 Casavant Frères (Casavant Brothers) is Canada’s best-known organ building firm. It was founded in 1879 by two Canadian brothers (Claver and Samuel Casavant), the sons of organ builder Joseph Casavant. Both Casavant brothers had worked in France with John Abbey and Aristide Cavaillé-Coll. Before returning to Canada, the brothers traveled extensively throughout Europe, visiting significant organs and builders. The company remains today at the same location Saint-Hyacinthe, Québec where it was first founded. The instrument that is widely considered the firm’s first “landmark” organ is the 1891 four-manual tracker organ built for the Church (now Basilica) of Notre-Dame in Montréal.

Casavant’s international and sometimes “eclectic” organ building style is represented in the diverse nationalities of the various tonal directors of the firm. Claver Casavant was the first tonal director, and he was succeeded by Stephen Stoot (England), Lawrence Phelps (USA), Gerhard Brunzema (Germany), Jean-Louis Coignet (France), and Jacquelin Rochette (Canada). Each brought their own ideas and perspectives, notably: Phelps (beginning in 1958) with his progressive and innovative organ design concepts, Brunzema (beginning in 1972) with his extensive experience with historical European organs, and Coignet (beginning in 1981), who was one of the world’s leading experts on the work of Cavaillé-Coll.

The Casavant firm has built several thousand organs on all six inhabited continents. These instruments range widely in every respect, from small portative organs of only a few stops to enormous cathedral and concert hall instruments. Likewise, both the tonal and mechanical approaches to the organs have varied, touching on nearly every organ building trend that took place during the 20th century and ultimately ending with a style that draws on diverse historical and international influences.

Given the convenience of location and a shared border, it was perhaps inevitable that Casavant would build many organs in the USA. These American instruments date from the company’s entire history and can found in every size and style, although the Phelps years saw a particular explosion of American Casavant organs. Opus 3742 was built in 1995 for the First Presbyterian Church of Bellevue, Washington as part of a new church building constructed for a growing congregation. It is an instrument that is generally representative and typical of the church organs Casavant has built in the USA since 1980.

The first priority of nearly all organs built for American churches is that they serve the needs of service playing, primarily represented by congregational singing and choral accompanying. The instruments’ suitability for a variety of solo organ literature follows on from there. American acoustics also tend to be on the dry side (especially when compared with Europe), and thus the voicing and tonal design of the instruments must take that into account. Across its three manuals and pedal, Op. 3742 provides the typical resources useful for American service playing, beginning with the core principal chorus on the Great to support congregational singing. Two enclosed/expressive divisions with both foundation and color stops are especially useful for choral accompanying. Beyond the basics of each division, additional elements such as the horizontal Trompette-en-chamade and the Chimes are also typical of many American church organs of this size.

The French stop names on Op. 3742 reflect primarily Casavant’s home in Montréal (where the native language is French), but they also allude to the filtered influence from French romanticism that is a part of many American eclectic organs. (However, Op. 3742 is certainly not actually an organ in true French romantic style.)

The eclectic style elements (drawing on several national traditions) can be seen in various features of the organ. One representative example is provided by the three different undulating/beating stops on the instrument: a French-romantic inspired string “Voix céleste,” and Italian style principal celeste (“Voce humana”), and the distinctly American “Flûte céleste” (the earliest examples of which can be found in organs by Murray Harris and Ernest Skinner). That these different elements coexist in the same organ is quite typical of an American eclectic organ.

Although the needs of church music are the primary focus of the instrument’s design, as is true with most American church organs of this size and style, organ literature from nearly all periods and national schools can be played relatively effectively, even if the exact sounds might not always be completely historically “authentic.” Certainly much American church music written in the 20th century (and especially since 1960) was conceived specifically for an instrument of this kind.

The samples are offered in 48kHz/24bit resolution. The multiple releases have three levels: short, mid and long. Hauptwerk version 4.2 and higher supported. The sample set is offered in a plain wave format.

Polyphony of 5000 voices recommended for the full suround (3500 pipes minimum).

The sample set is offered in a Surround variant (4 channels). There are two front channels and two rear channels. Due to the nature of the dry acoustics of the venue, the front channels contain very little reverberation (the sound is rather direct). The front and rear audio channels can be mixed or used separately - depending on the preferences of the user. A dedicated "mixing desk" is available in Hauptwerk to mix the sound to the desired level.