Kiedrich - the "oldest organ" of Germany 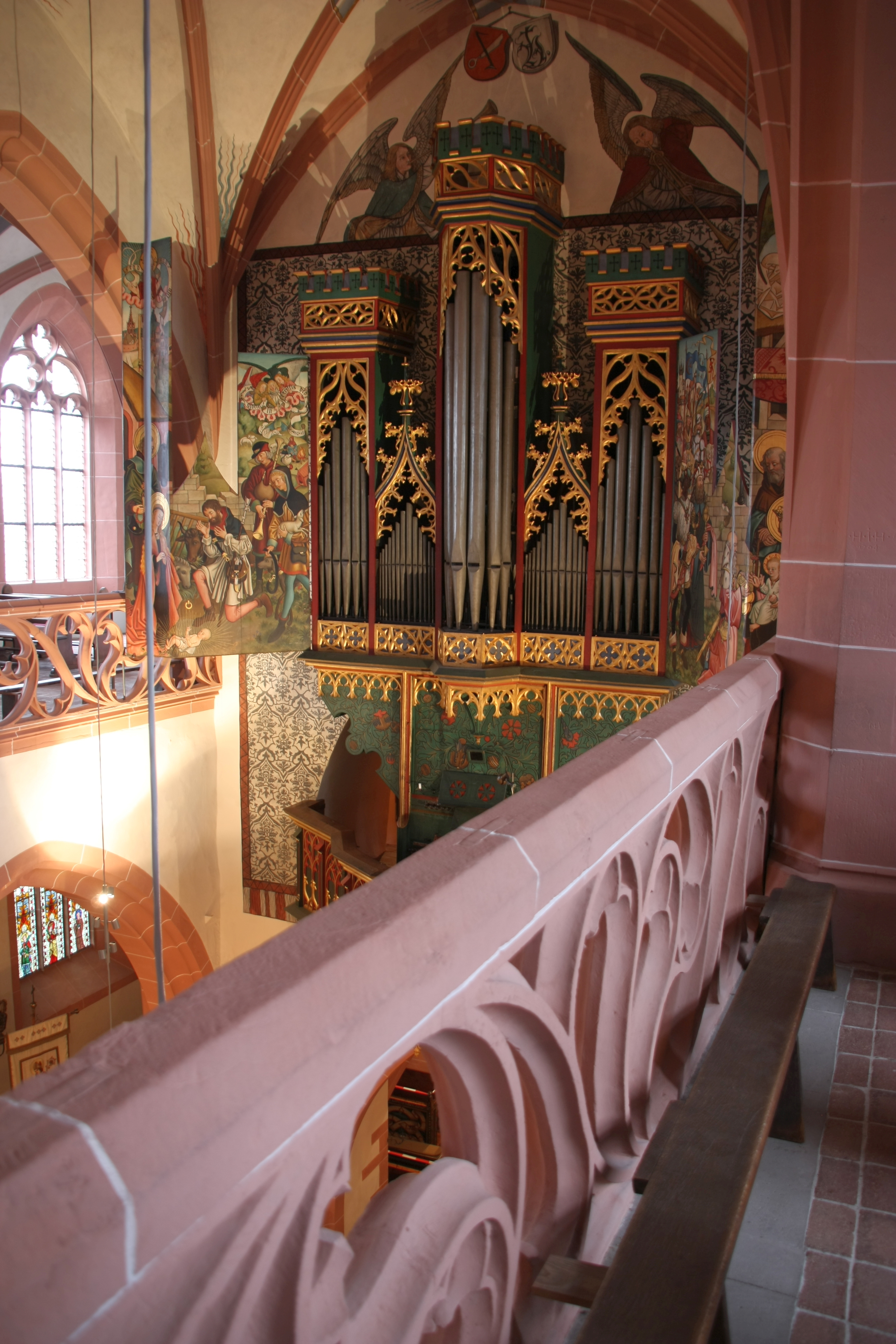 The instrument in the St. Valentinus and Dionysius church in Kiedrich has the reputation of being the oldest playable organ in Germany. Although that may not be exactly correct, the organ is certainly one of the oldest in Germany, and it contains elements stemming from around 1500.

The organ was rebuilt by Johann Kirchner in 1652 and later altered several times. In the contract to repair the organ in 1710, the Positif of 6 stops is mentioned for the first time, although it was presumably added already by Kirchner. The independent pedal was added probably in 1722. The restoration done in the 19th century is remarkable, because it is so unlike those performed on many other historical organs at that time. When the Baron John Sutton discovered this instrument on one of his journeys through Europe, he was captivated by its Gothic origin and he supplied the money to "restore" the instrument to its 1500 state (at least according to the romantic perceptions and the historism of the mid 19th century). The instrumental part was restored by by Louis Benoit Hooghuys, and the case (including the painted side wings) was restored by August Martin de Fürth.

The last restoration by Kuhn (1985-1987) preserved the state achieved by the previous restoration of John Sutton, emphasizing the Gothic Hauptwerk of the organ as a single manual organ.

The Gothic and the neo-Gothic elements blend together exceptionally well in this particular church. The visitor is truly astonished by the church's ambiance when entering the building. The absence of the ecclesiastical baroque, which is so common elsewhere, make this church and its organ absolutely extraordinary.

Special thanks to Timo Ziesche for his kind assistance during the recording sessions.

The samples are offered in 48kHz/24bit resolution. The multiple releases have three levels: short, mid and long. Hauptwerk v4.2 and higher supported. The sample set is offered in plain wave format (unencrypted). Hauptwerk Advanced version is necessary to run the full surround.

All ranks were recorded with and without tremulants for the most convincing tremulant behavior. However, loading tremmed ranks consumes large amount of RAM. It is possible to select to use the artificial tremulant instead to save RAM (the switch is located on the mixer tab).